This year I participated in NaNoWriMo (the National Novel Writing Month) for the first time. For those who are unfamiliar with this, it takes place during November. It’s 30 days of writing (closely accompanied by severe madness, sugar highs and lows and frenetic writing).

The challenge is to write 50000 words of a novel in 30 days. The average daily words to  write was 1667. Sure, that’s a breeze. I’ve written 1700 words in one sitting on many occasions. Sometimes in an hour or so. Yeah, I thought I could do that. Well, it didn’t quite happen. I still had to work. I still had things to do on my days off. Yes, I even had to eat. On the days I did write, I sometimes typed 2500 words. Thank you, thank you, the applause is appreciated. Hehe.

I missed the target, yet I do not feel like I failed. I worked on a novel that before November 1 didn’t have a lot happening to it. It gave me a chance to get a whole lot of work done. I still have about 30% of the story to go and I hope to finish that very soon into the new year so that I can get to the second stage and jazz it up some more.

Lookout NaNoWriMo 2013. I will beat the target. I will be a winner I will have another novel over 50%, or more, written by the end of that time. I will have yet another book ticked off my growing list of ideas. If I could have my way, I’d be working on the sequel to the 2012 NaNo novel. Of course to do that, I will need to have become the new next best seller, leave my current job and spend up to four months in another city, in another country on the other side of the world. (Sorry, Tony, not your city, but you’ll just have to come with me.)

In 2013, if you love to write, but have never attempted anythin like writing 50000 words in 30 days, then give it a go. Whilst I never got to any of the Melbourne NaNo events (sadly), I knew that there were many others out there writing furiously in lounge rooms, studys, parks, gardens, offices, café’s or secluded little grottos that gave a modicum of inspiration. Melbourne finished 18th overall (woohoo) and was by far the best performer in Australia. 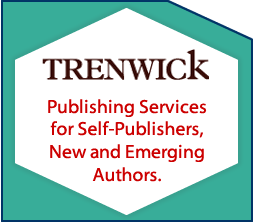